Hello folks, it's Monday! I'm happy to start this new week announcing that we've released a major update of our support site.

The support site is now a static site on Github, written in Markdown, and generated with Nanoc. 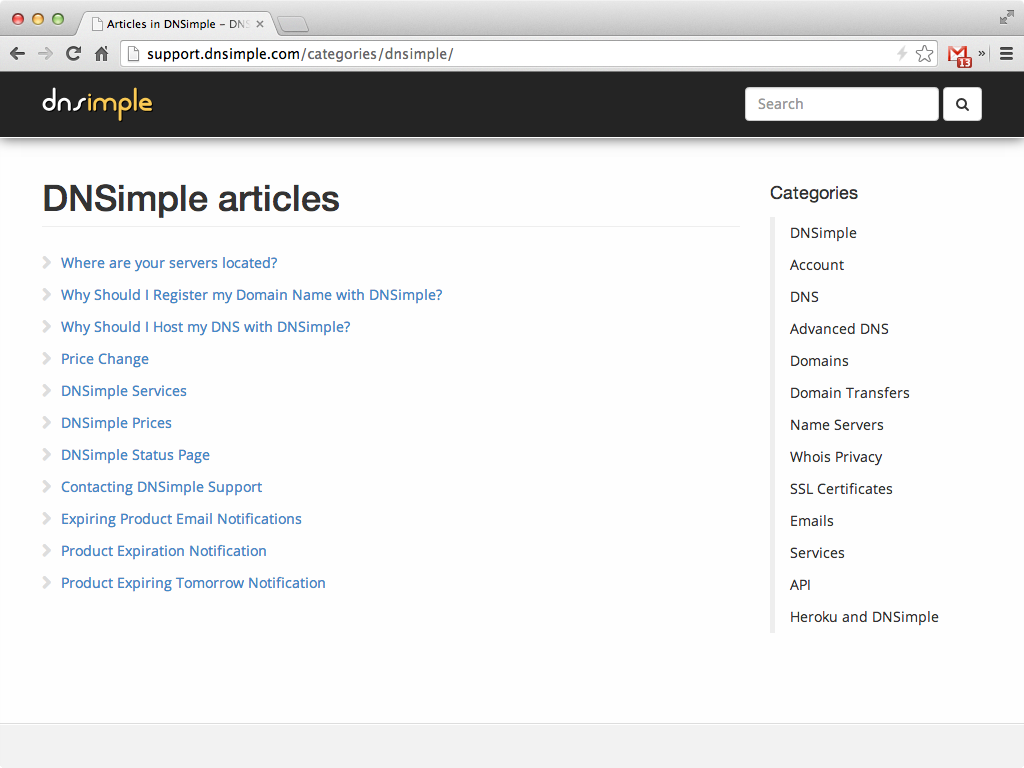 This is the second major update of our support site in one year. On April 2013 we migrated our entire content to a knowledge base product built internally, called KBSimple. The goal was to be able to easily write Markdown-based articles with content versioning and multi-user.

KBSimple worked well for a while and was perfect at the beginning. However, as time passed and engagement on the new product lowered, we failed to maintain and evolve the platform. This lack of interest ultimately affected the overall quality of the support site.

The new setup for the support site is very close to the developer site we launched several months ago. The content is stored in a public git repository on GitHub, where we can take advantage of pull requests to collaborate on new posts, use organization access control and the take advantage of the new rendered prose diffs, which is an amazing feature of Github.

So far, static sites worked pretty well for us and the enjoyable experience we had so far with the blog and the developer documentation (which is also in a public Github repo all helped make the decision to switch our support site easier.

What we learned from this experience is that we rather prefer to focus our time and effort on products directly involved with our primary business. We have some exciting goals for the 2014 about DNS, domain registration and WHOIS services without searching for other challenges.

That's why we decided to shut down RoboDomain at the end of the year, and we're now going to close KBSimple.