It's my pleasure today to announce that Luca Guidi (@jodosha) is joining DNSimple. 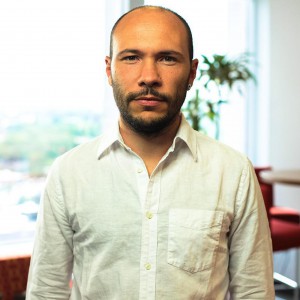 Luca is the author of the Hanami Ruby framework (formerly Lotus) and he has years of experience in software development. Luca has already been working with us for a while, specifically on the new API v2, where we decided to adopt Hanami as a replacement for Ruby on Rails. You may have seen some of his public commits in the DNSimple API documentation repo.

I met Luca several years ago, during the second (and last) RailsConf Europe in 2008 and I already had the pleasure to work with him a couple of times in the past. Fun fact: Luca has been a DNSimple customer for a very long time; even before I joined DNSimple as the first full time employee in 2012 (Editor's note: Though Simone doesn't want to admit it, Luca actually has a lower user ID in the DNSimple database, as well. –@jcaudle).

Luca will bring his experience to improve the stability of the DNSimple platform, and develop new features. He will also continue to work on the development of the Hanami framework, we wanted to make sure he had enough time to focus on the Hanami 1.0 release. We had been using Hanami internally before Luca joined the team, and we'll do our best to continue to support its development.