One of the main values behind the ethos of DNSimple is remote life. We don't have a main office. Anyone can live wherever he or she wants. Even so, we still are aware of the value of spending time with your coworkers. Every 4 months the whole team gets together somewhere in the world for our meetups. During these meetups we discuss mid-to-long-term strategic goals, we spend quality time together, we eat a lot of amazing food, and have a lot of fun together.

Organizing these meetups is a large effort. If you want to know more about we do it, Laetitia wrote an interesting article on how we schedule and organize the DNSimple team meetups.

This post recaps what we did during our latest meetup, held on the island of Lanzarote from the 7th to the 14th of December, 2016.

Why did we choose Lanzarote?

Lanzarote is one part of the Canary Islands archipielago, the southern-most province of Spain. It's a beautiful set of volcanic islands that reminded us all a bit of Hawaii. The climate is ideal every day of the year, but it looked especially attractive given that winter was starting to show in the northern hemisphere. I was sure that for our fellow Chicagoan, Quebecer, and French team members, having a few days of nice sunny weather was a treat. 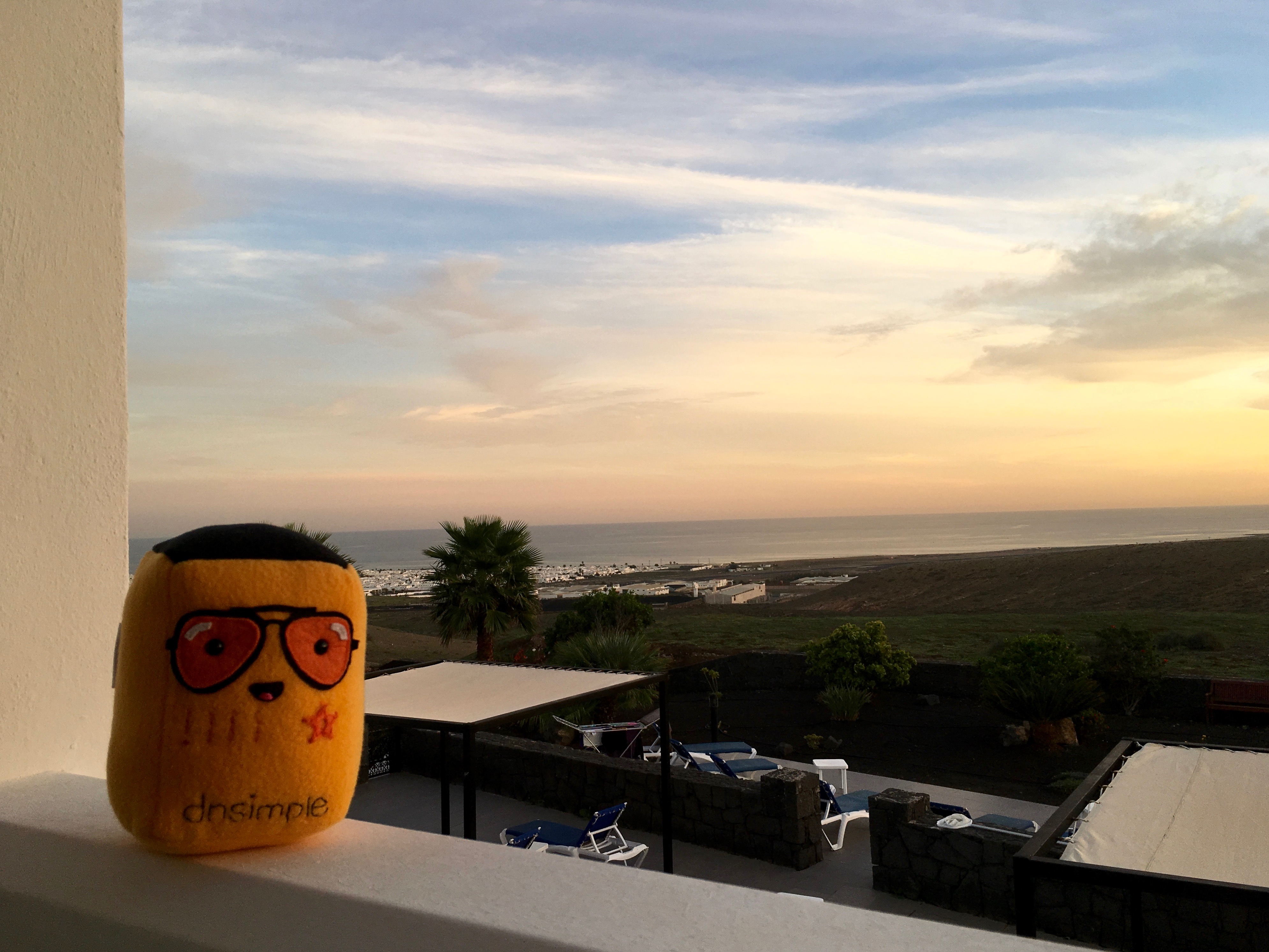 Spain is the third most visited country in the world, just after France and the USA. There is a consolidated, fast transport infrastructure and lots of flights, so getting the team together is easy and fast. Lodging is really cheap compared to many other countries in both Europe and North America.

We found an amazing villa in Lanzarote capable of hosting all of us for a very reasonable price. It ended up to be an excellent place to hold the meetup, with a big living room and a huge TV perfect for all the presentations that were scheduled. There was also a great kitchen where we could cook for 13 people, and enough bedrooms for everyone to have their own room.

Travelling from North America to Europe (or the vice versa) is a challenge for the team. It always works better if you arrive one or two days in advance, and this is what most of the North American team members did. Amelia arrived in Madrid on Monday morning while Aaron arrived on Tuesday morning. Mak and Antoine decided to fly to Lisbon a catch a train to Madrid from there. I want to send a big hug to Joseph who unexpectedly missed the meetup due to passport issues. We missed you dearly!

Anthony and Laetitia decided to arrive a bit early as well so they could have some fun outside of the day-to-day Pomas life. The team slowly assembled from Monday on as we had to catch a flight on Wednesday morning. As we were meeting, we had some fantastic meals, especially that first Monday. Below there is a picture of the beautiful "Turkish Coffee", a dessert we enjoyed at Kulto Restaurant in Madrid. 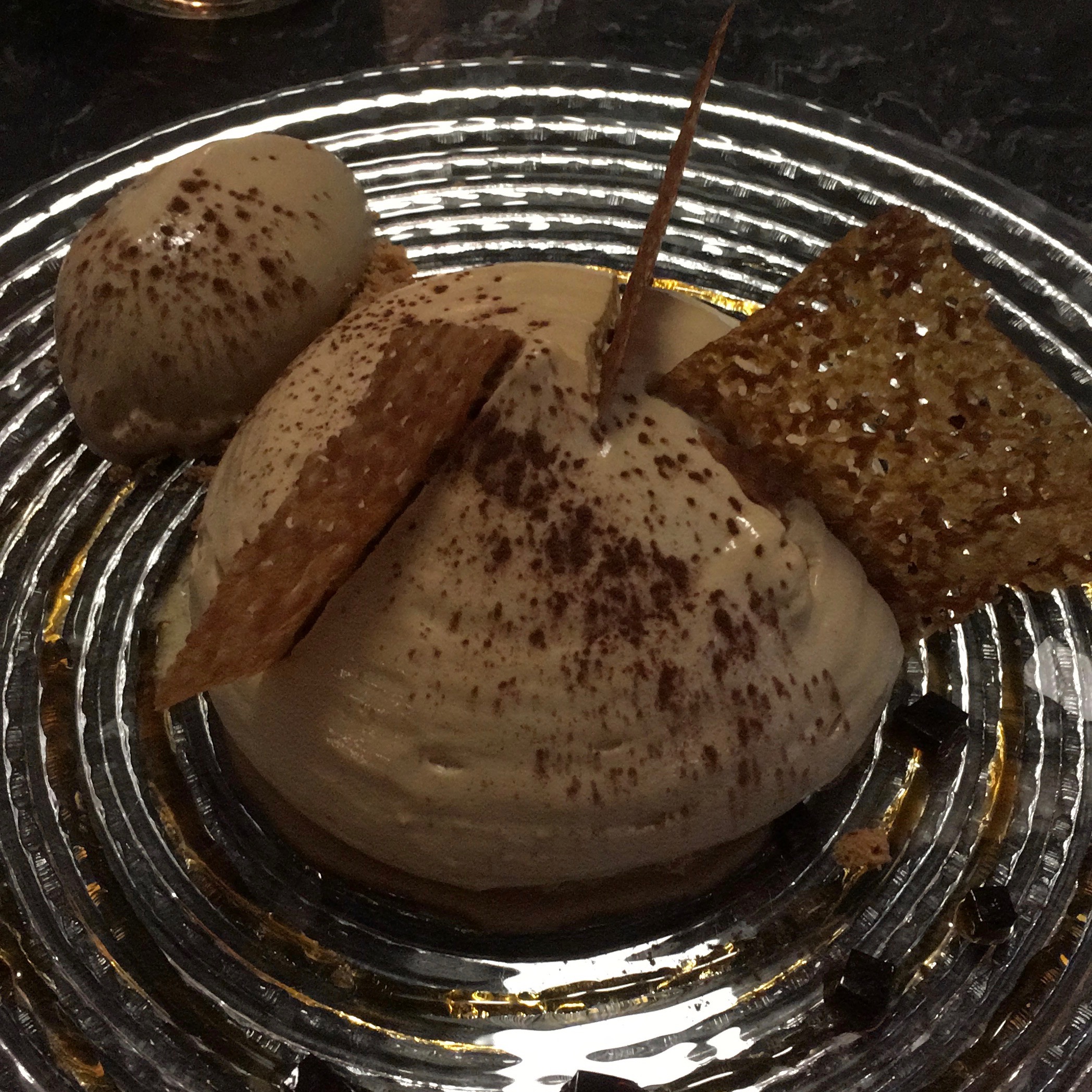 On Wednesday the team arrived at Barajas airport without any unexpected surprises or delays. We flew without incident to Lanzarote and that's when the meetup actually started.

What we discussed there?

The first few days of the meetup were dedicated to the different teams of DNSimple presenting summaries of the last quarter: Financials, Operations, Marketing, Design, and Development each presented their work. We evaluated what happened since our previous meetup in Sheboygan.

Here are some of the most important releases that have happened since August:

The following days were dedicated to something new. The next two paragraphs sum up what became some of the more important takeaways from the meetup.

We dedicated some time to define what our Standard Operating Procedures are, and then we decided to create a list of SOP's that we may need to observe. I think it is a great way of creating documentation that has been missing, and I love to have standarized ways of approaching some of the tasks that we're all responsible for at DNSimple. 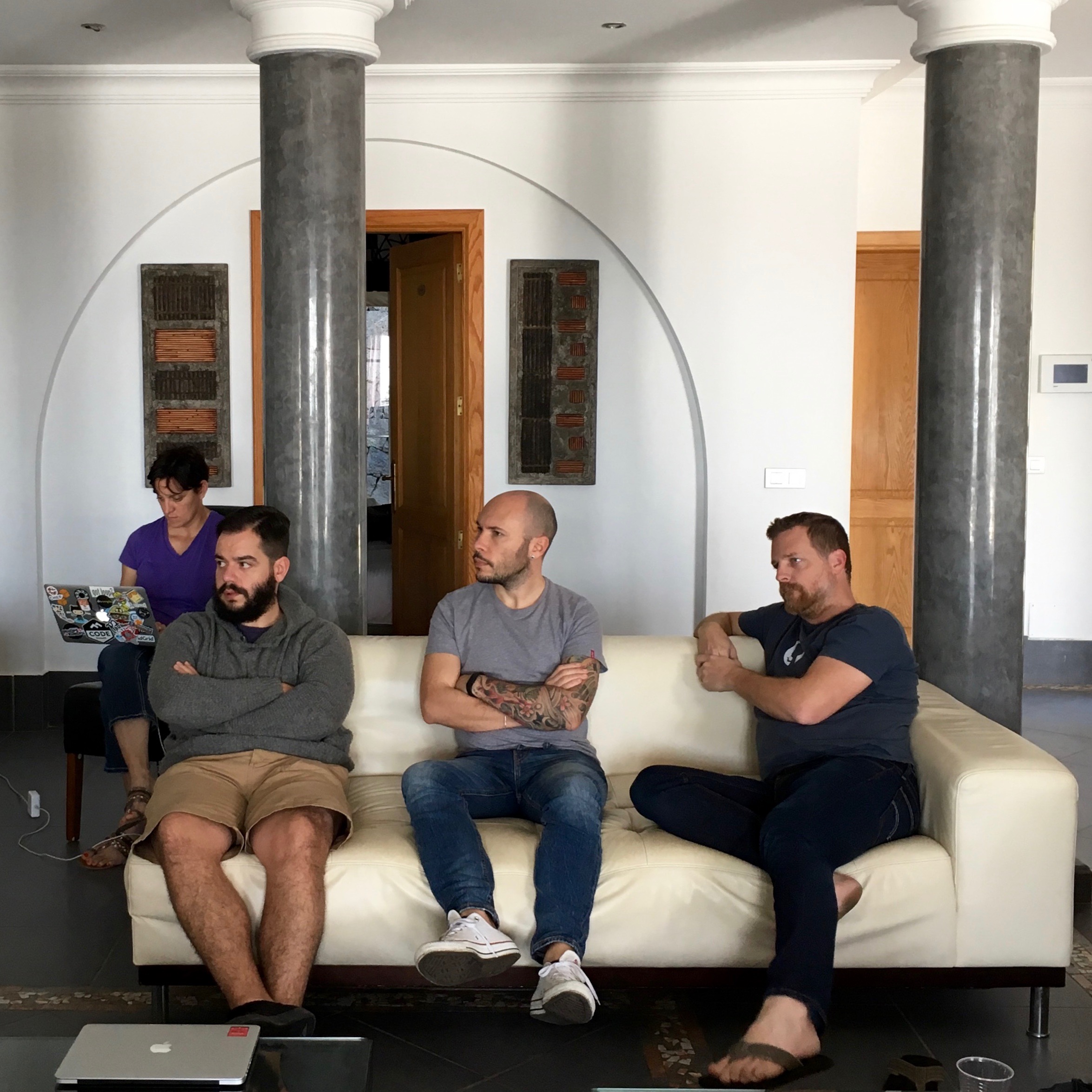 As the company grows, prioritizing what's important has become increasingly difficult. Aligning projects with business goals, defining what's "cool" but may not help the business, figuring out what's easy to implement and what's hard, deciding how much time should we dedicate fighting fires and fixing bugs, and so on. In the last two months this became a hot topic internally and Anthony devised a clever system for organizing and prioritizing projects (he has a post coming soon describing this system in detail). This new system required us to spend a little bit of time classifying all of our current and future projects and giving them scores. In my opinion it was a necessary thing to do, especially given the size of the team, and I believe it will work great in the future.

We also discussed other things: plans for our Codemash onslaught, marketing plans for the newest version of our API, v2, and our peer review system. We also took time to have one-on-ones between each team member and Anthony.

We also managed to find some time to enjoy Lanzarote, which is a UNESCO MAB Biosphere Reserve. We visited Timanfaya National Park, born from volcanic eruptions that the island experienced in 1730 and 1736, it is entirely made up of volcanic soil and few animal or plant species live there. Visiting the park is somewhat of an "alien" experience, it almost feels like being in Mars. We also visited nearby Charco de los Clicos, a lake which has a greenish color caused by bacterial activity. 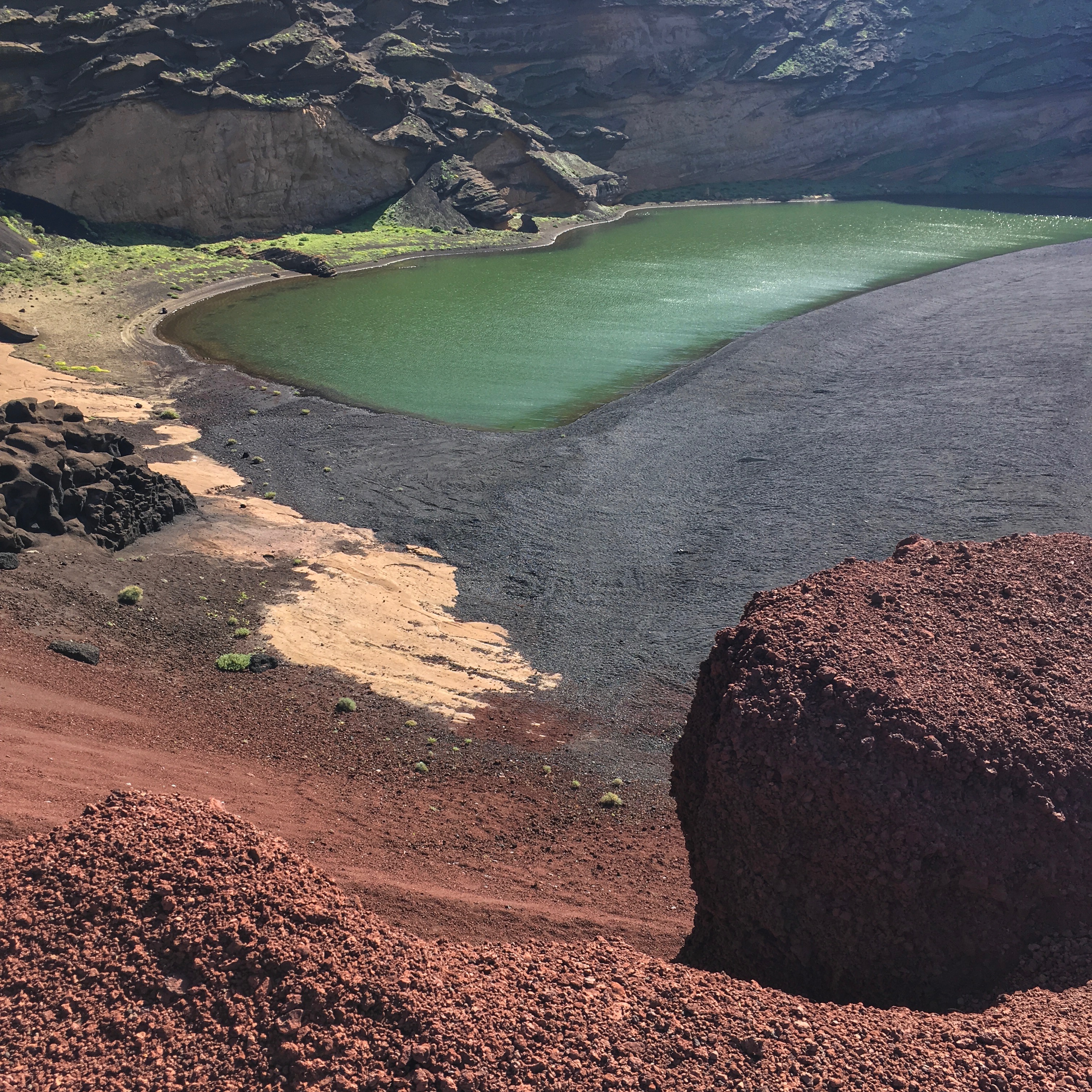 We also had time to go down the beach. Some even dared to surf, while others just tried. 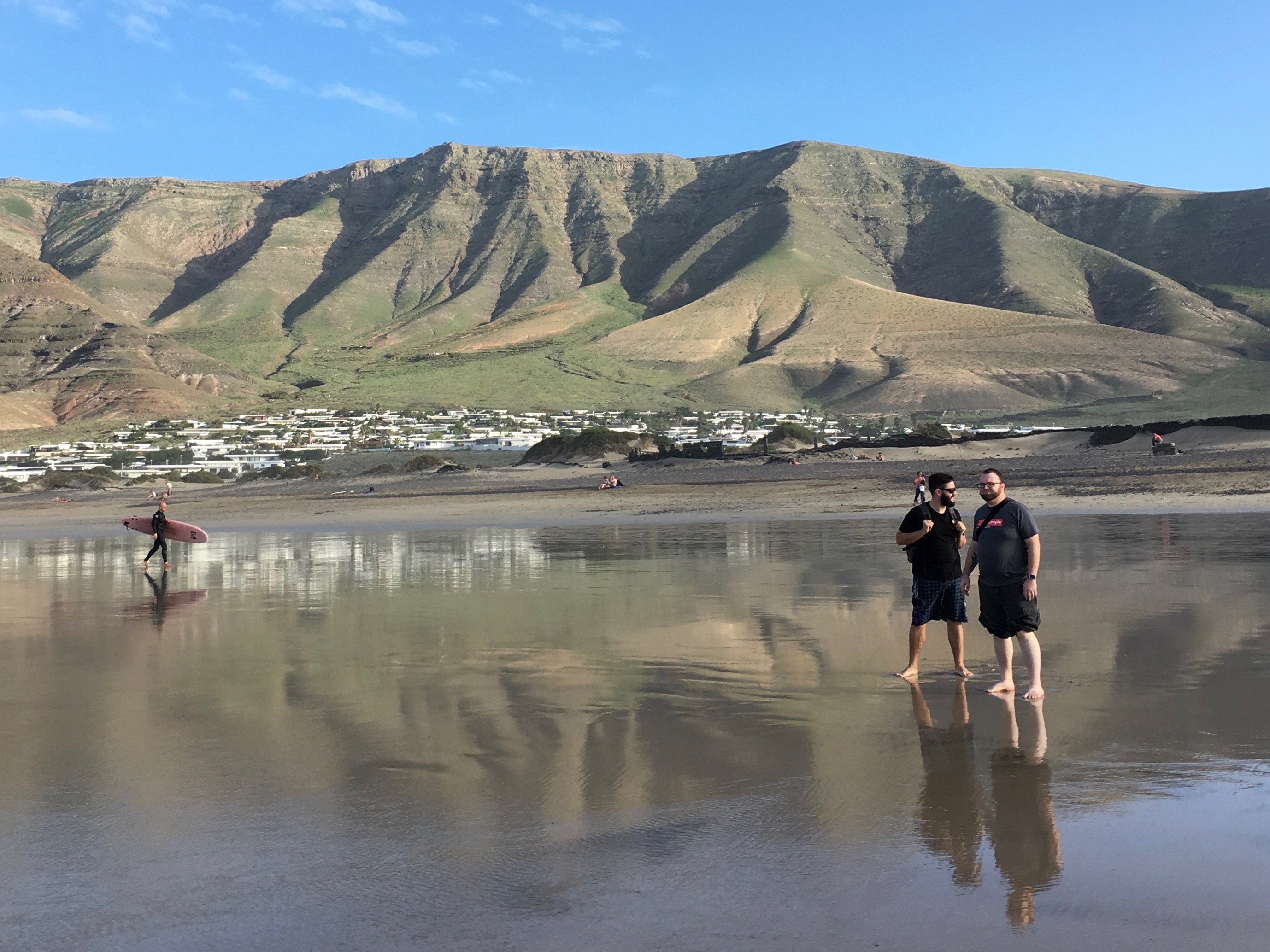 Simone was kind to guide us through what was the first scuba diving experience of some of our lives. 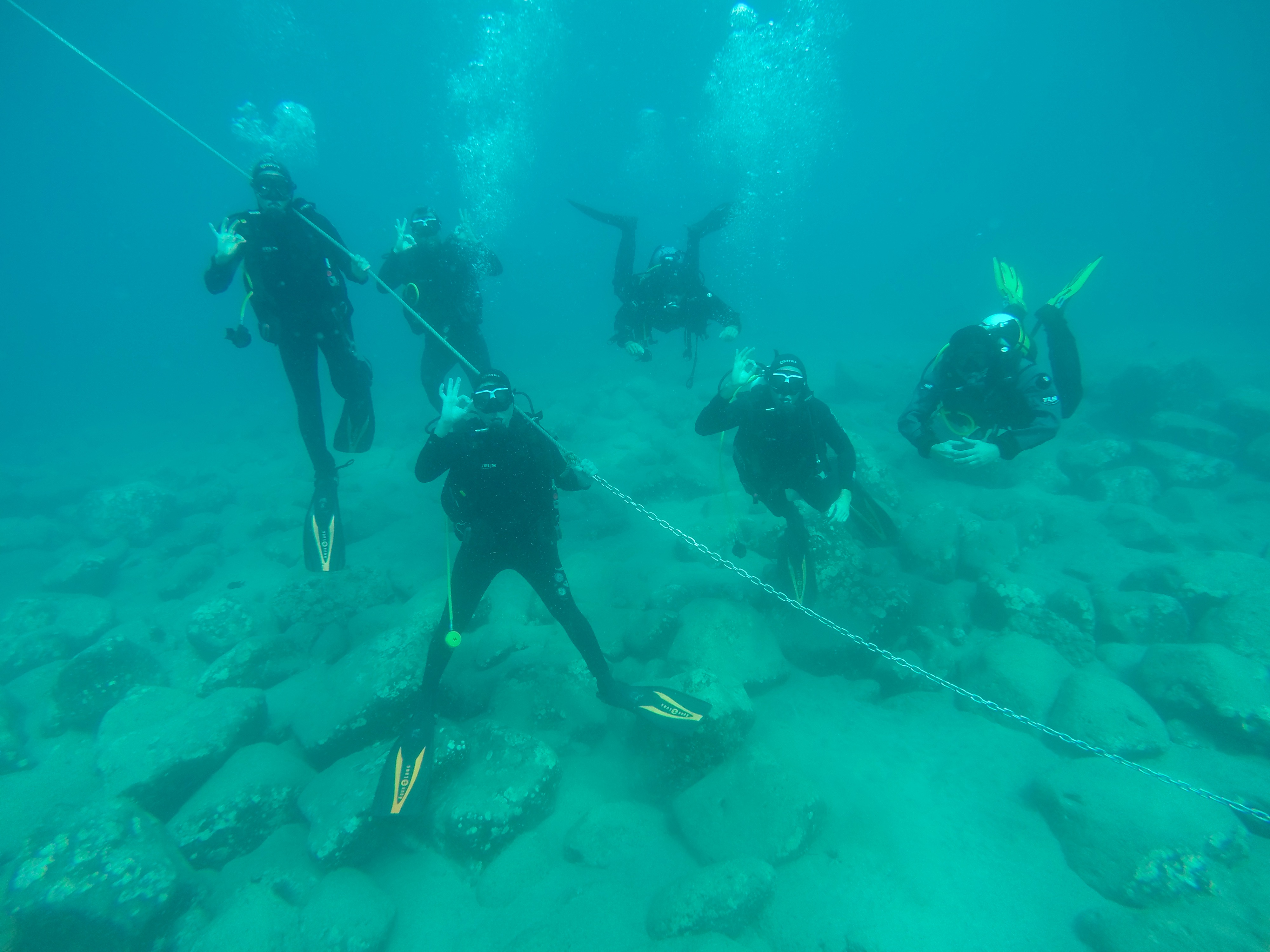 We also enjoyed all the amenities the villa had, the huge jacuzzi and the swimming pool were heavily sought after post long work periods. 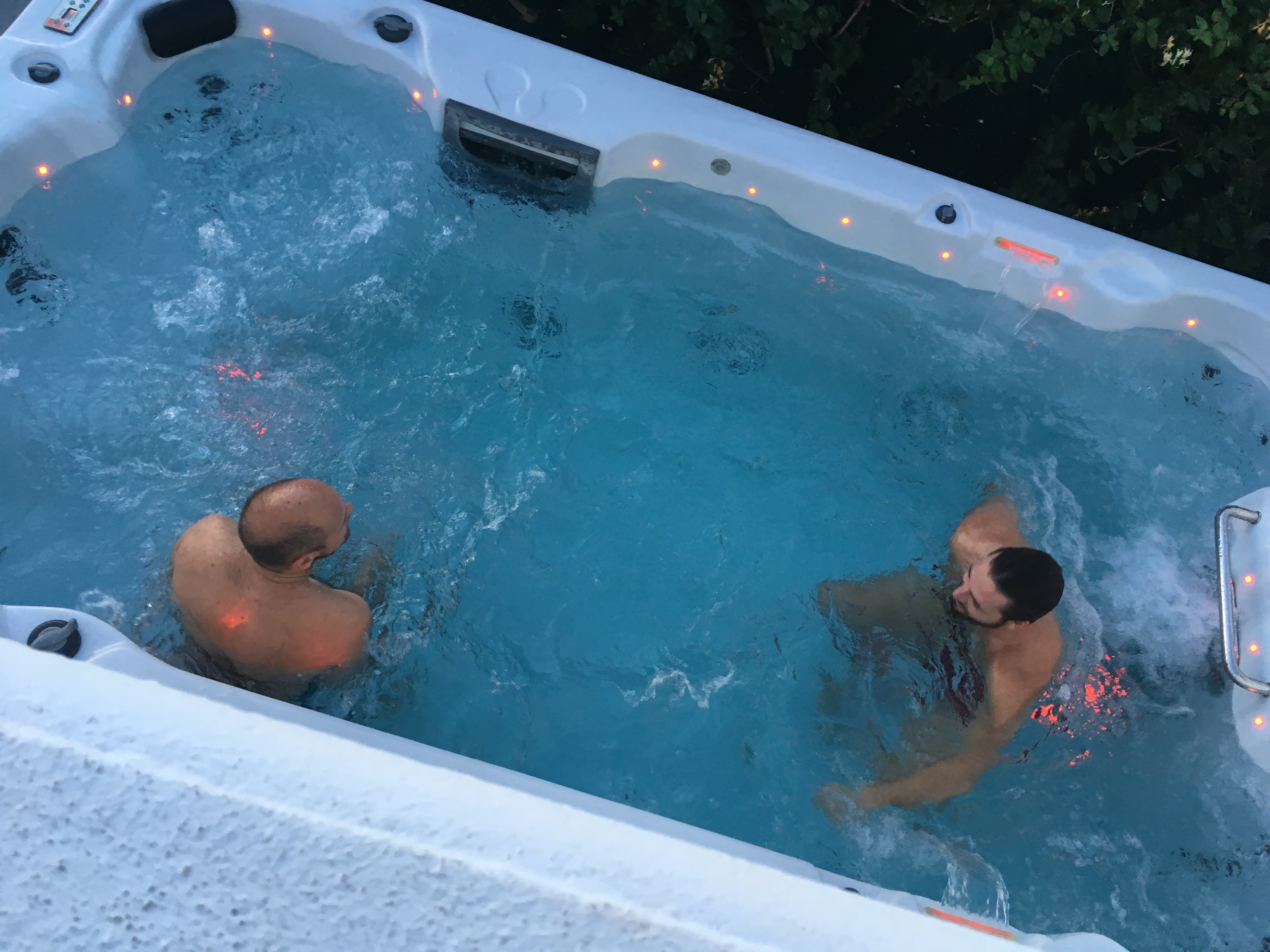 And of course: food, food, food, food. We cooked at the house, some BBQ connoisseurs made greatness with local meat, we tried some tortilla de patatas…with not the best results (we blame the equipment), and also jamón serrano was not in shortage. Some people still remember the stinky cheese I brought. We had the chance to try many nice restaurants outside and enjoy all the seafood the archipelago provides. 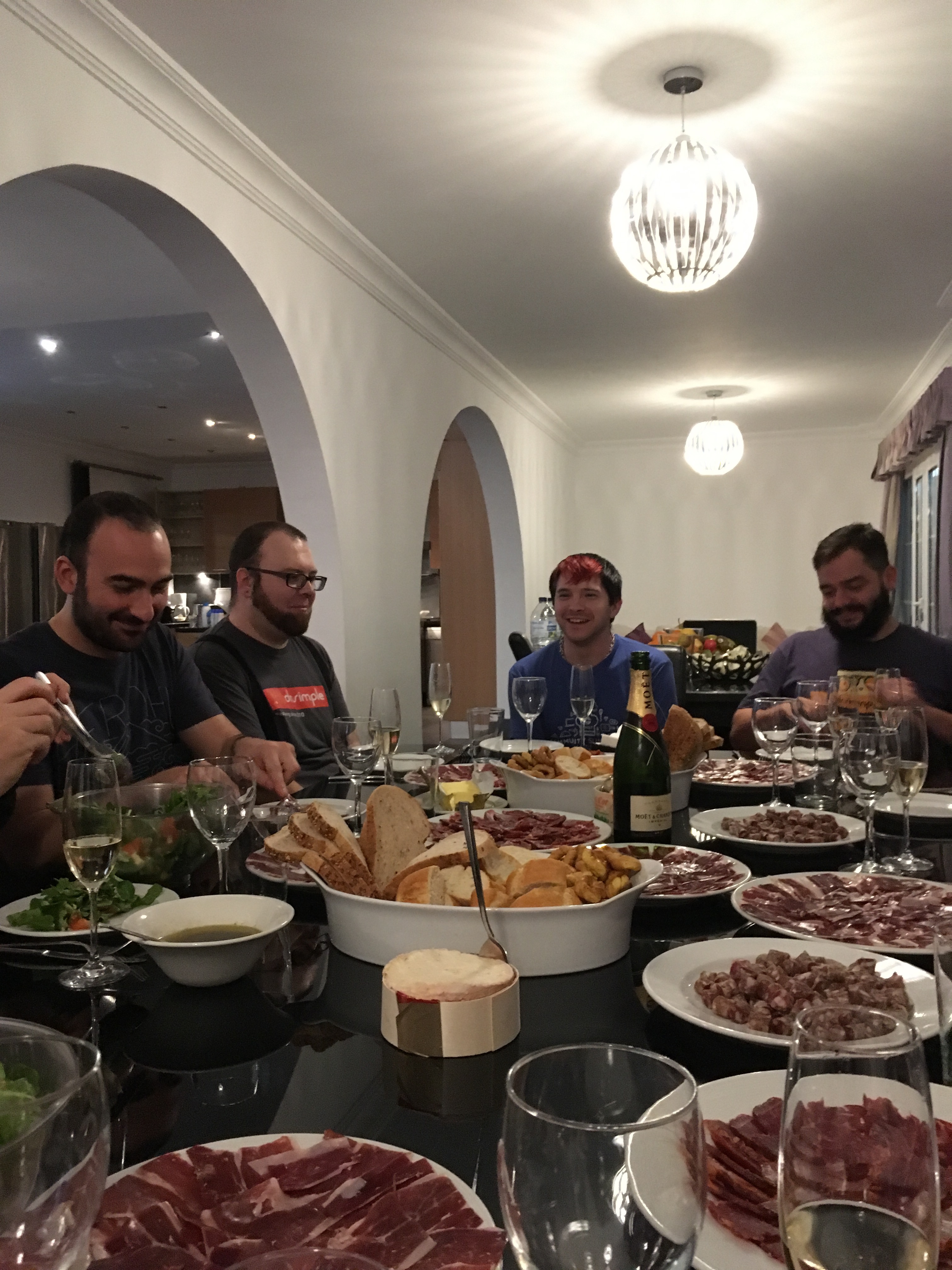 Company meetups are fun, intense, and productive. I am already looking forward to our next meetup, which will be celebrated in Pomas, France in April. 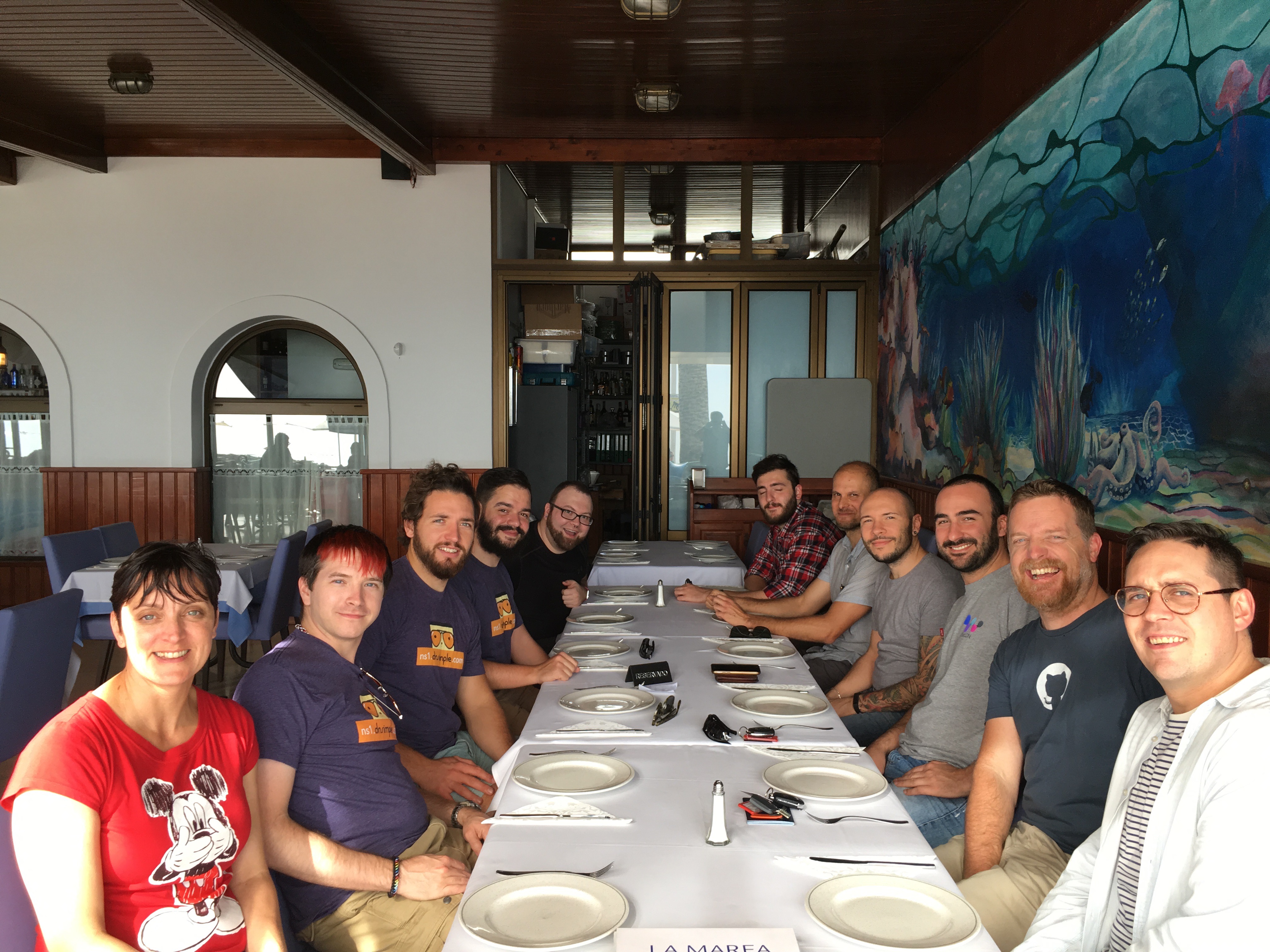